John McAllister is a Founding and Managing Partner of McAllister & Quinn and manages an extensive portfolio of higher education clients for the firm.  During his career, John has helped over one hundred colleges and universities secure hundreds of millions of dollars in federal and foundation funding.

Since 2004, John and his business partner Andy Quinn, have taken a small boutique consulting firm with one employee and expanded it into one of the fastest growing grants consulting firms in the United States. John has led the company from a startup, to a thriving organization with 40 employees and a 250-person grant writing network. The McAllister & Quinn grant writing network is the largest and most diverse network of grant writers and editors in the nation.

As the architect of McAllister & Quinn’s Higher Education Practice, John leads a talented team of grant experts and professionals that have designed a unique, integrated set of services that has proven highly successful for colleges and universities.  John and his team’s extensive knowledge of the federal grants process has enabled the firm to develop and execute effective, winning strategies for colleges and universities from Maine to California.

John is a strong believer in the role higher education must play to promote equity, inclusion, and social justice for students. He has spoken at higher education conferences such as the Council of Independent Colleges (CIC), the Association of Catholic Colleges and Universities (ACCU), and the American Association of State Colleges & Universities (AASCU) on the topic of cultivating a federal grant seeking mindset and increasing grant funding on campus.

Prior to founding McAllister & Quinn, John worked in private practice at a leading Washington DC firm and as a senior aide to a United States Congressman.

John grew up in Olean, New York and graduated from Albright College with a B.A. in political science. He and his wife Ann live in Washington DC with their sons John and Liam. He is an avid Washington Nationals fan. 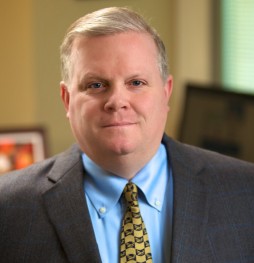