Dr. Jessica C. Gerrity is a Vice President at McAllister & Quinn. In this role, she manages a broad range of the firm’s higher education clients, and helps to develop and implement the practice’s strategic goals.

Before joining McAllister & Quinn, Dr. Gerrity was the Research Manager for the Congress and Judiciary Section in the Government and Finance Division at the Congressional Research Service (2010-2014) where she led research and consultative work on congressional administration, legislative branch appropriations, federal elections, and judicial nominations and administration for members of Congress, congressional staff and committees.

Prior to her work at the Congressional Research Service, she was Assistant Professor of Political Science at Washington College (2007-2010) where she taught courses in American politics and public policy. During her tenure as a faculty member, she authored or co-authored over 30 presentations, book chapters, and refereed journal articles in political science.

She was an American Political Science Association Congressional Fellow in the office of Senator Jack Reed, specializing in healthcare policy. Dr. Gerrity has received several competitive grants and fellowships and her research is published in a number of scholarly journals and books such as The British Journal of Political Science, Politics and Gender, Politics and Policy, and Congress and the Presidency. She worked as a Research Assistant at the Center on Congress at Indiana University and as a Research Verifier and Senior Research Assistant at The Brookings Institution in Washington, DC. 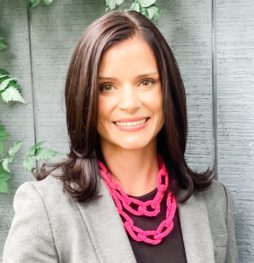