Sally A. White, Ph.D., serves as Senior Vice President and leads the Higher Education Practice at McAllister & Quinn. She provides oversight in the development of external funding strategies for colleges and universities, assists clients with institution-wide initiatives such as strategic planning, developing public-private partnerships, internationalizing a campus, as well as being a registered lobbyist.

Dr. White has 21 years of experience in higher education as both a professor and academic administrator. She served as Vice President for Academic Affairs at the College of Notre Dame, where she initiated a number of significant developments, including the integration of separate Schools of Pharmacy and Education, successful pre-candidacy status for School of Pharmacy from ACPE, and revamped the governance structure of the College. While Dean at Lehigh University, Dr. White led the expansion of graduate programs into the Middle East, Asia and Europe and created a unit-based decision making approach to leadership that was tied to strategic planning and outcomes assessment. She also created a corporate board that raised millions of dollars in endowment and annual giving, as well as oversaw the University into US News and World Report’s Top 50 for five consecutive years. Dr. White formerly served as Dean of the Graduate School and Associate Vice President for Research at Towson University, where records were set for research expenditure and she developed a more research-oriented faculty culture. She was Tenured Professor at Illinois State University and began her career as Assistant Professor at the University of New Hampshire in 1988. 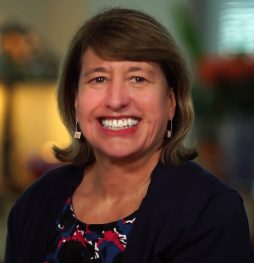